Facebook makes changes all the time and usually with little warning and less explanation. It’s become a common pattern — Facebook restructures something, there’s public outrage, Mark Zuckerberg issues an apology-that-doesn’t-apologize (“We are sorry you having difficulty with the change, but…”), and everyone grudgingly gets used to the change.

Code-level structural changes to Fan Pages, however, get a particularly fuzzy end of the lollipop. Whereas profile changes affect your personal workflow, Fan Pages are tied to your business and changes are usually subtle, sudden, and annoying (read: costly) to fix. Facebook’s most recent change brings us back into the era of (I still can’t believe it) frames. You remember — scroll bars everywhere and a URL that never changed so it was unclear where you were and impossible to link to. It was awful.

Frames had only two valid, though clunky, uses. One of which was to embed another site within your own. However, what was awkward in 2001 is simply annoying now. But Facebook’s fortune relies upon no one ever leaving their site, so Facebook tabs now employ an updated version of a rightly-euthanized type of code. Now, with iFrames (cute how the “i” makes it all seem so cutting edge, right? NOT!), when you click a link that would take you to a site, you don’t get taken to that site — you get taken to that site within a Facebook frame, complete with those less-than-fantastic scroll bars. With iFrames, Zuckerberg and Co. ensures that you never have to leave Facebook and they can continue to get ad revenue while you browse another site. Brilliant, right?

Frames had one other use, that was to have one section of your page that remained global while another could change. Gawker Media used an updated version of this antiquated structure (that was replaced almost entirely by SSIs before most of today’s first graders were even born) to change the their formatting across their eleven blogs, from the standard blog view to something else — a two-paned format in which the story you’re reading is wide on the left and the rest of the stories are listed on the right, in a frame, complete with — you guessed it — those annoying scrollbars. There’s no anchoring homepage. Every single page on the blog is displayed that way. Although they’ve fixed the unchanging URL-problem that plagued users ten years ago, this is also essentially frames.

It’s a terrible user experience. It’s confusing — whether you’re scrolling through the story or through the story list is dependent on where your mouse is. How do you sort by category? Or by tag? Or even by date? According to Lifehacker’s announcement the day they made the change, their major motivation was to make the user experience better, but they couldn’t have possibly tested it because across Gawker’s significant roster, users are not jumping on the bandwagon. According to The Atlantic, traffic to Gizmodo, one of Gawker’s most popular blogs, has dropped from 400,000 in January (the month before they implemented the change), to less than 100,000 today. Even with the option of viewing in traditional blog format, people hate the new Frames-style format. So much so that they have abandoned the guilty-pleasure go-to of the gawker sites. And guilty-pleasure online habits (including visiting your favorite author sites), once poisoned with a sour taste, are very hard to get back.

Facebook is a different animal than Gawker, infinitely bigger and far better integrated than arguably any other site on the web. For better or for worse, this is a Facebook world and we’re all just living in it. Business has become painfully tied to it. Too big to fail like Gawker, Facebook has become the benevolent dictator that can, on a whim, tax our resources at will and, if it wants, bring back sleeping giants.

Bottom line: employing frames might be good strategy-on-paper in Palo Alto, but it’s a very frustrating user experience online, and it’s even worse (read: so not cost-effective) to design for. But like the peasants in Cuba, all we can do is try to survive within it, hoping it doesn’t become more oppressive. 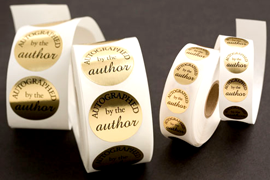