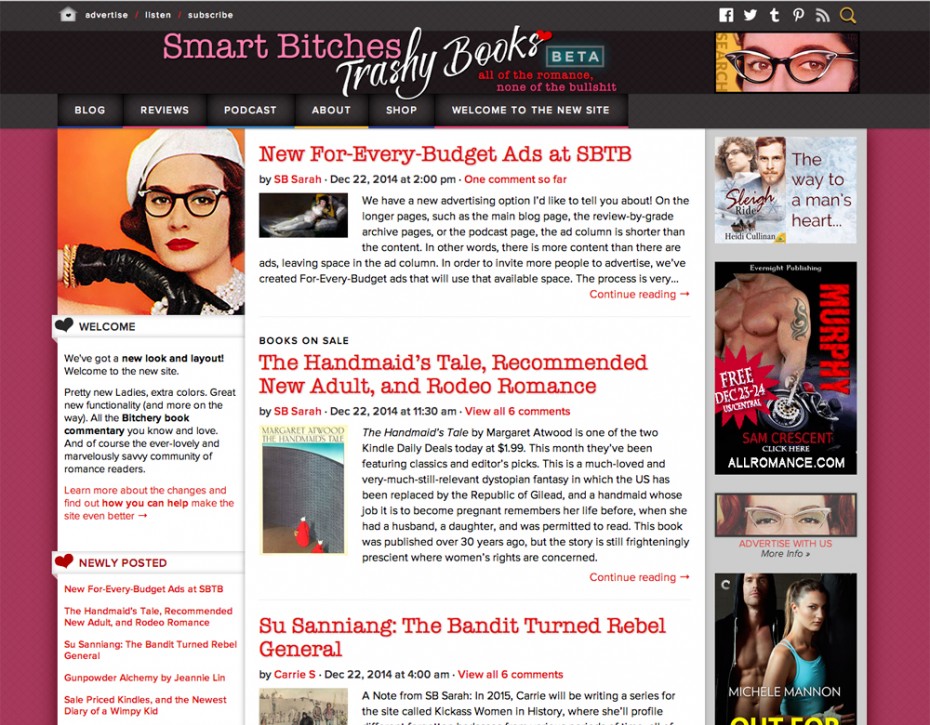 THE CHALLENGE: To seamlessly add a new logomark that was created in the 50s and depended upon photographed models in cat glasses.

THE TWIST: “She needs to be a lady of color.”

THE PROBLEM: The images were actual advertisement photography from the 50s. Smart Bitches, Trashy Books had already bought the rights to the entire existing, known collection. But there was not a lady of color in the set, nor anywhere…

To be fair, the odds were stacked against us. The initial images were part of an ad campaign, and women of color were not included at the time. She was going to need to be transformed.

When she launched in February 2015, SB Sarah ran a post about the making of this groundbreaking lady, featuring an in-her-own-words play-by-selected-play by none other than Wax’s Creative Director Emily.

Check out the Case Study over at SmartBitchesTrashyBooks.com →