Accelerating Beyond The Wall

We have a client who is gun-shy with her laptop. She’s older than I am, and I was already a big fan of Led Zeppelin when John Bonham died, so that dates us both pretty well. Our client is trying to use her blog, but gets so afraid of making a mistake she seizes up, does nothing, and then in frustration just contacts us (which is fine, we are happy to help). As she says, I grew up in the age of typewriters…

Well, me too (see above about John Bonham, RIP). I didn’t use a computer until my last paper of college. And at that, it was printed on a dot matrix printer and my professor (older and far more set in her ways than our client is now) marked the paper down from an A- to a B+ because she didn’t like “computerized papers”. She felt that they were less thoughtfully crafted.** Hmft!

In the technological flow described by Ray Kurzweil’s Law of Accelerating Returns, as we move forward at the warp speed of tweeting and the like***, it will become more and more important for those of us who remember typewriters and [gasp!] rotary phones to move faster to understand the world in which we want to compete. I spend so much time learning when I argue with myself that I should be doing more fruitful tasks like, oh, billing or working with new, incoming clients. But being open to ongoing education — both formal and informal — it’s critical. Kids these days are wired in.**** And these kids are now or will be competing for our jobs, just as I did in the early 90s when I was the resident mac-go-to-whiz-kid. Beware you 24-yr-old hotshots, the tweens are gaining on you.

I imagine that similar generational conflicts have occurred over history. I can see the pre-plague 14th century cooper disowning his son for coming up with a better way to build a barrel. The inherent problem is one of mindset: if it’s better, and we aren’t open to change, then the newly discovered bit of progress can seemingly invalidate an entire life’s work! But today we have an understanding of the mathematical curve of progress. Hopefully we will embrace it… Even us “golden oldies”. 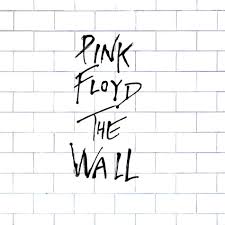 **Incidentally, the paper was dropped from an A to an A- because my analysis comparing the descent of Esther Greenwood in The Bell Jar to that of Pink in Pink Floyd’s The Wall went right over her head. She readily agreed with all my points, but couldn’t get past the lyric “We don’t need no education,” which didn’t figure into the paper at all, but was the only snippet of the album the prof knew (thank you pre-iTunes pop radio) before my paper crossed her desk. Had I not been a UCLA fifth-year ready-to-get-out-22-yr-old I would have fought it, and in retrospect, wish I had.

***I am reminded of the “interview” scene in The Social Network where the coveted position for intern was awarded to the kid who, while playing a high-pressure, multiple-shots drinking game, is able to first hack into some school mainframe or something like that.

****Wired in, indeed! Some school district in Maine is trying to convince taxpayers that in kindergarten students need an iPad2. Operative word here: need. I can’t imagine. But then again, who could have imagined today’s world back in 1980 when John Bonham was still banging a drum?

11 thoughts on “Accelerating Beyond The Wall”